Research and story by Jiwon You. 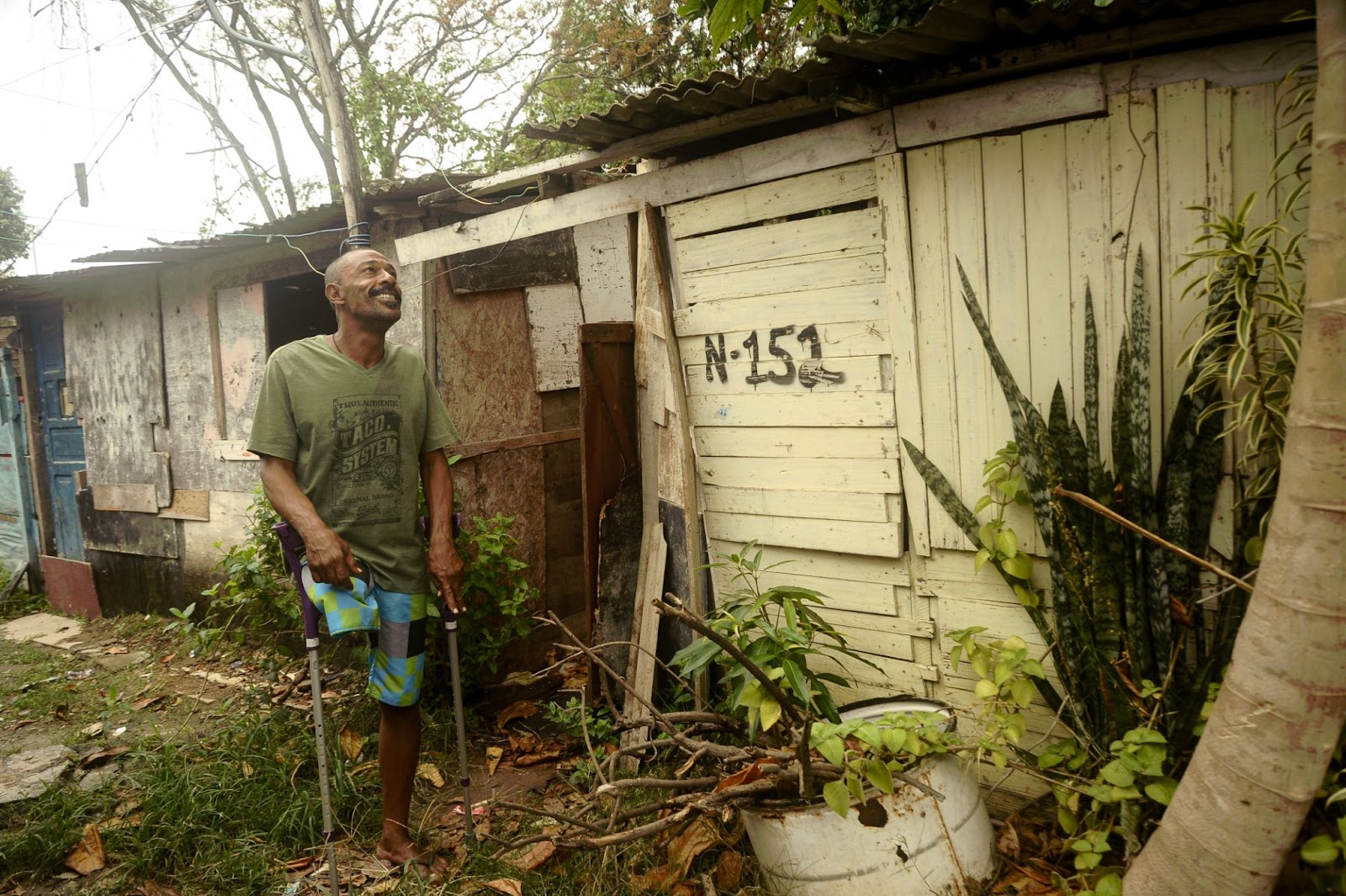 Resident “Perninha” next to his old home in Guaranys in Rio de Janeiro, Brazil, before TETO built his new home

The slums of Brazil can be some of the most deficient and destabilizing places to live. At the same time, these are places of great power for urban and social transformation through collective organization. The reality of vulnerability in these communities makes our work in Rio de Janeiro, Brazil all the more pressing. 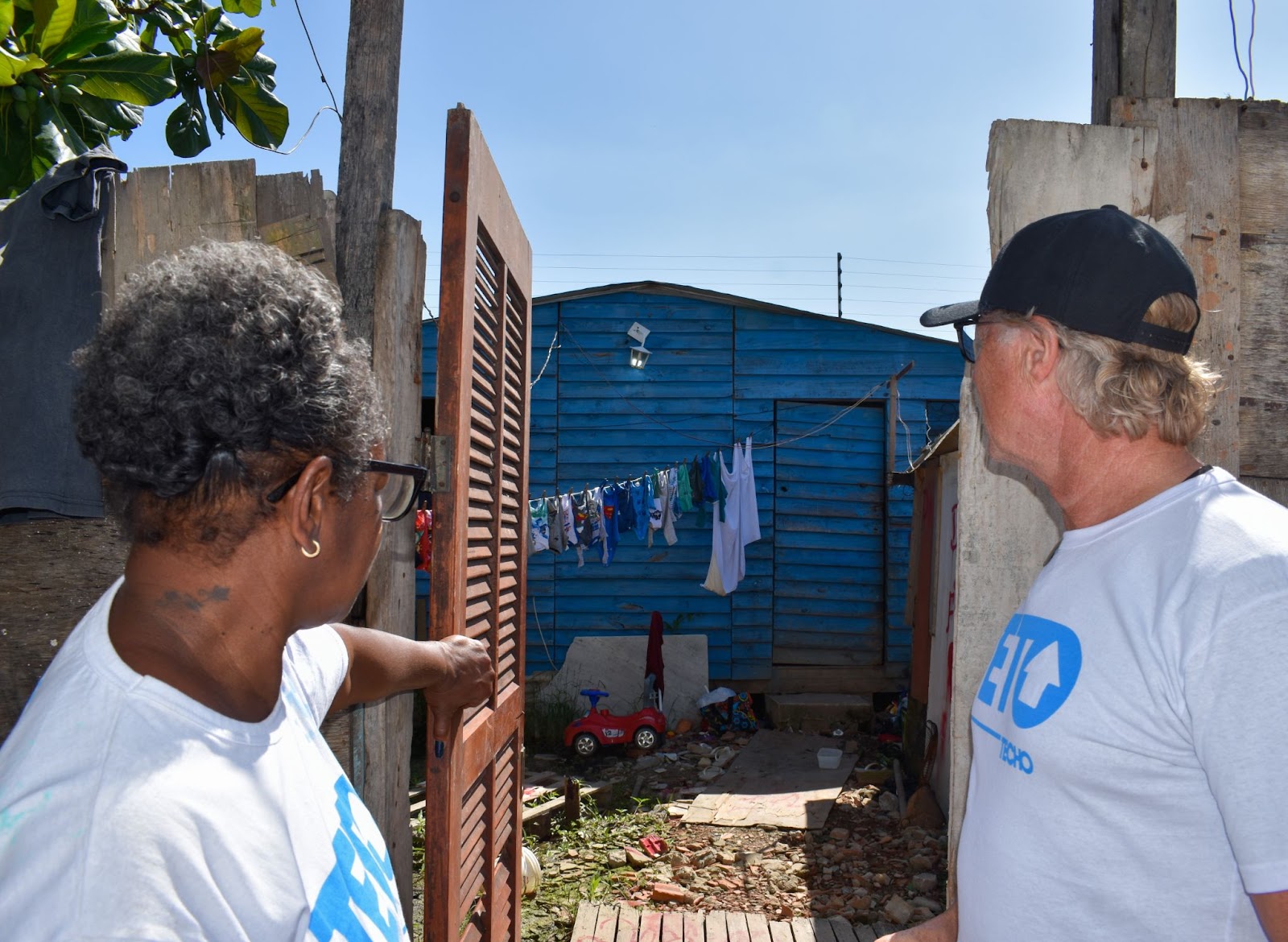 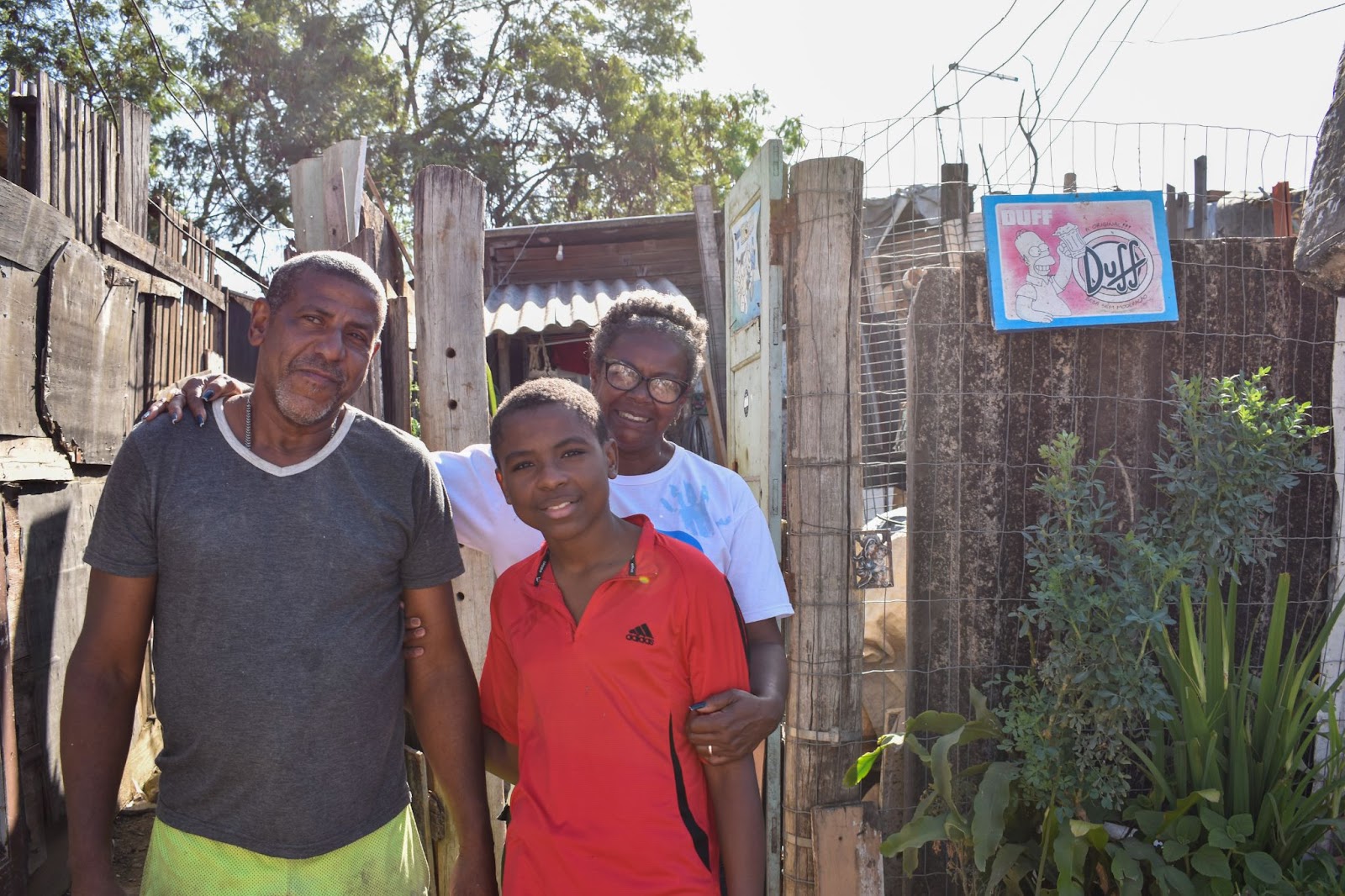 To more effectively and mindfully serve these communities, World Housing has joined forces with TETO Brasil, an organization that has been working with vulnerable communities to overcome poverty, through voluntary mobilization, data collection and construction of housing and infrastructure projects side by side with residents of these territories. On the importance of this partnership, Sam White, World Housing’s Director of Operations & Business Partnerships, says:

“It is an honour for World Housing to work with TETO Brasil to revitalize one of their most precarious and invisible slums, where poverty and social inequality force thousands to live in shacks among sewage and garbage. By providing homes and infrastructure, we can help overcome this harsh reality for the families there.”

Regarding the impact that World Housing strives for with this project, Sam White shares:

“Despite the precarious living conditions in these favelas, we believe this is also a place where opportunities can be realized for all who live there, and they will begin to thrive with the safety and security that a home provides.”

TETO Brasil and TECHO US, are part of an even bigger organization, TECHO, that works in 18 countries of Latin America and the Caribbean. For the Guaranys community project in Brazil, we are partnering with two key organizations –– TECHO US and TETO Brasil. TECHO US is the fundraising arm to TECHO, and allocates funds from abroad to support the work that TECHO does in Latin America. 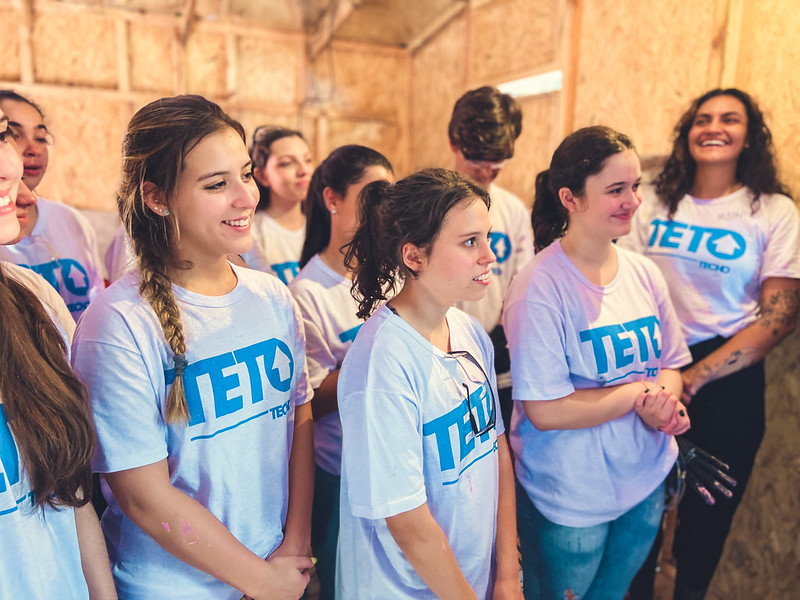 TETO Brasil volunteers on-site in the Guaranys community in Brazil

TECHO took on its first project in Chile in 1997. Their initial aim with the project was to provide emergency housing for families living in extreme poverty. TECHO has since expanded their work throughout Latin America working side by side with more than 600 different communities and with the support of over 1.4 million volunteers, they have constructed 135,000 homes.

TETO Brasil has offered critical support on the ground in Brazil for over 16 years. The youth-led organization has built emergency houses with 4587 families and completed 178 community infrastructure projects.

Their projects are made possible mainly through the help of volunteers, with a particular focus on community development by means of emergency aid of housing and living conditions. In mobilizing over 76 million volunteers, TETO’s mission is to work for a fair and poverty-free society.

“We dream of a future where nobody has to live in a house with dirt floors and nobody has their rights violated.”

In joining forces with both TECHO US and TETO Brasil, World Housing strives to provide meaningful impact by elevating communities on a long-term scale. It is our hope that we can alleviate some of the burdens and improve the harsh realities of struggling families in favelas in the areas adjacent to Rio de Janeiro.

“A partnership like this one between TETO Brasil and World Housing is crucial for TETO because it allows us to scale our impact! This project will allow us to roll out a new housing prototype with a longevity of 25 + years alongside a wholesome transformation of the community with the park and community center which are essential for the work community leaders do alongside residents of their communities. We are very excited and wish to continue to work with World Housing for a very long time so we can reach more and more families across Brasil and Latin America.”

In Brazil specifically, there is a population of roughly 214 million individuals.[3] Of this demographic, 60.5 million people (28.4% of the Brazilian population) are enduring lives of poverty.[4]

Brazil’s second most populated city, Rio de Janeiro, is home to about 6.8 million people, with nearly 17% of this population living in poverty-stricken conditions.[5] 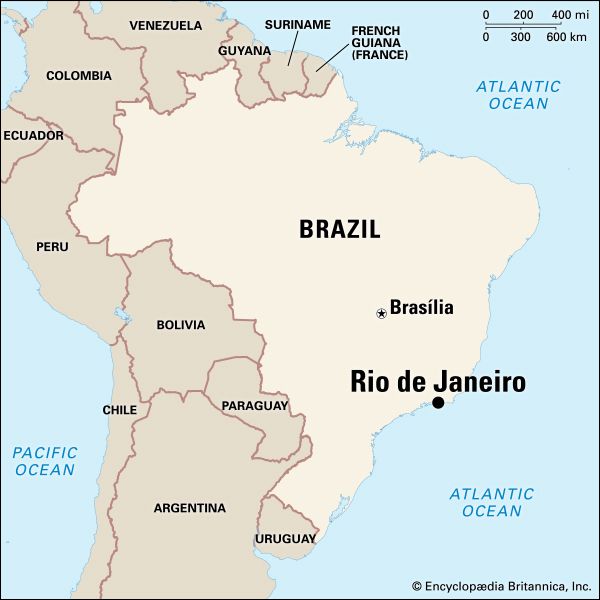 Much like the US, Brazil has a history of slavery and inequality that has very present, consequences still faced today, centuries later. On top of that, from the 1940s to the 1970s, the nation of Brazil faced an urgent housing crisis, and as a result, saw a great migration from the countryside to cities.

The lack of planning, investment, and large-scale exploration of people through informal and precarious work conditions resulted in a boom of impoverished, squatter settlements called favelas. Faced with overwhelmingly high costs for scarce land and housing, people were left with no option other than to build their own housing and living quarters. 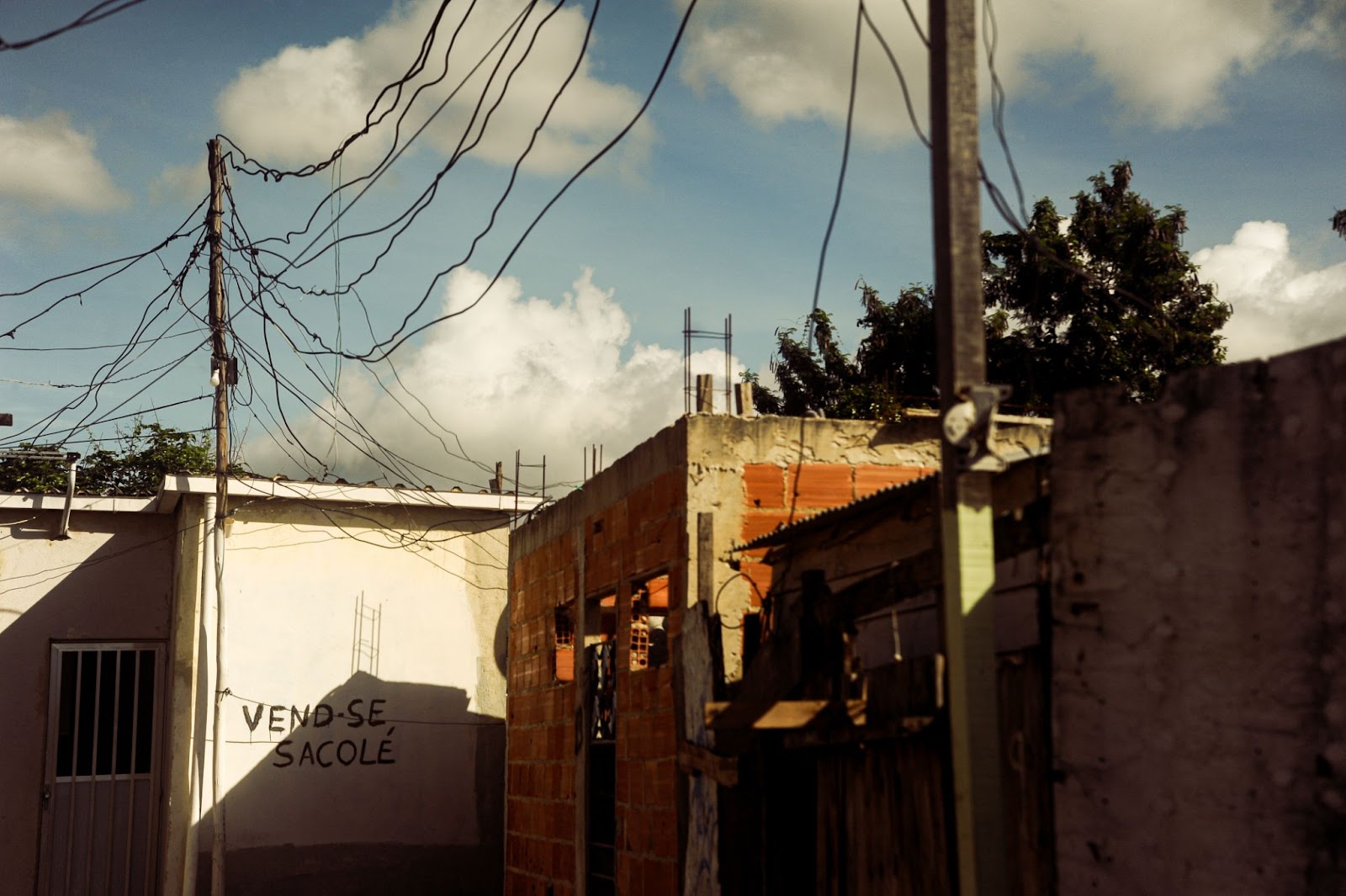 Buildings in the favela of Guaranys 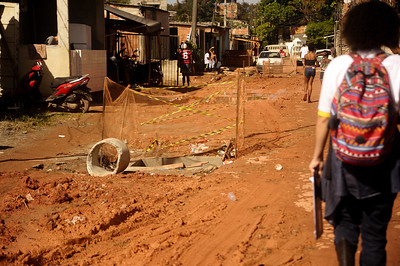 The main street in Guaranys being revitalized

One of the nation’s poorest favelas, named City of God (Cidade de Deus), is located in western Rio de Janeiro. While City of God was originally conceived as a neighbourhood, it quickly grew larger with no planning or investment from the local government.

The internationally known movie City of God, made the neighbourhood heavily featured in the media, reinforcing the stigma of a violent and dangerous community and encouraging a wave of prejudice and discrimination. However, since 2003, community members and advocates have fought for improved living conditions and, with the ultimate goal of collectively transforming the reality of Cidade de Deus.

Within the larger City of God favela, population approximately 38,000 people, lies the smaller favela Guaranys, which is the community directly supported by our project and one of the most vulnerable parts. The Guaranys community is home to around 456 families, with approximately 1370 people living there.

About a decade ago, there was a striking incident related to a drug war within City of God. An unsuspecting 10-year-old boy was fatally shot by a police officer. This tragic incident served as a watershed moment for a Guaranys community leader Maria Luiza Ferreira, known as Big Mama. She now dedicates much of her time to strengthen the dignity of her community, especially for the children that live there.

People who live in Brazil’s most vulnerable favelas have to endure precarious housing situations, lack of access to basic sanitation, limited access to water, and unsafe access to electricity. Many of these families have to live and sleep on the ground, without even a roof to provide shelter. The conditions in Guaranys are no different.

As a start to achieve our goal of addressing the unstable living conditions in Guaranys, World Housing, TETO Brasil and the families that live in Guaranys will build 20 homes together, a community centre, as well as a community park which consists of a garden and playground. We plan on seeing the completion of the community center by the end of winter 2023.

Following the construction of the community center, which serves as the main gathering point for the Guaranys community, TETO, volunteers and families from the community will begin construction of a new prototype of homes designed by TETO. This new home prototype, funded for the first time by World Housing, reflects and emphasizes the importance of investing and creating long-term sustainable impact for these families, going beyond simply addressing urgent housing needs.

As such, these new types of homes will have a kitchen, toilet, drywall finishing, wooden ceiling, metal roof tiles, as well as doors and windows. The construction materials will be elevated from the emergency home style usually built by TETO.

The standard emergency houses that TETO generally builds costs $7000 USD per home. However, with the added changes that World Housing has proposed, each home for this project will cost $15,000 USD. 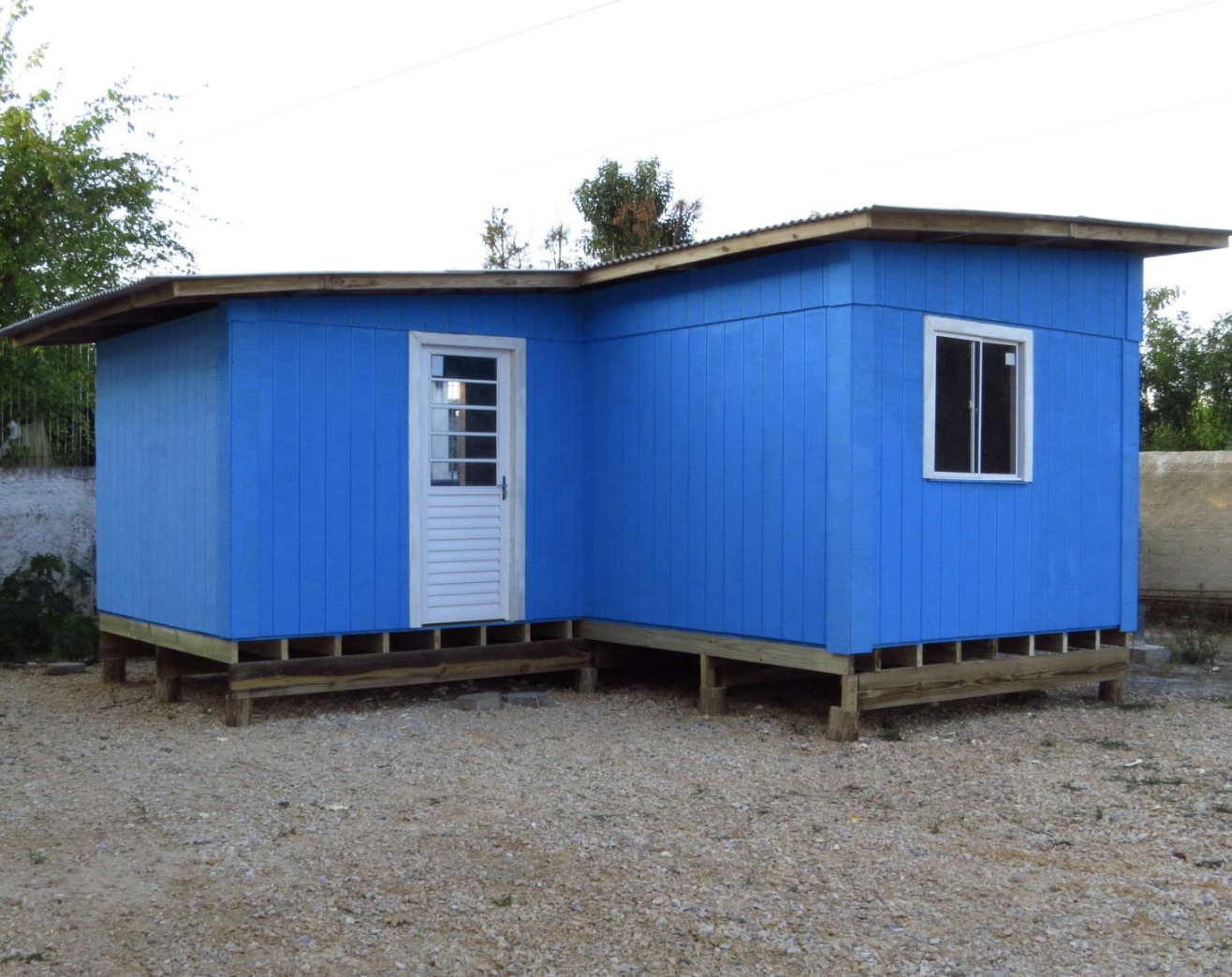 The homes are projected to last at least 25 years. Despite the added cost per home, we strongly believe that the attention to detail and durability will go a long way for these families. In total, we expect the project to cost $400,000 USD.

Another model of the prototype for these homes is shown below.

Given the immense need for support and aid in these communities, a sensible question to ask would be how we choose which families to help. To that point, we ask a question ourselves –– Who is most vulnerable?

We rely on results from an extensive survey conducted by TETO with the University Fundação Getúlio Vargas, during COVID in over 35 favelas, that measures the health and well-being of individuals living in favelas throughout Brazil.

The survey found that 50% of the people TETO sampled live in residences made up of fragile materials such as canvas and repurposed wood. About 100 million people in Brazil live in homes without adequate sewage collection systems.

In addition to inadequate housing conditions, the survey revealed varying levels of vulnerability through access to water.

A reported 9% of families need to leave their homes daily for water. To add, 11.5% of the families’ houses have neither a bathroom nor shower, and 22% have only one of those resources in their homes.

Employment (or lack thereof) is another crucial factor in measuring the vulnerability of families. Of the individuals surveyed, 45% of them declared they were unemployed.

These factors related to housing, access to water, basic sanitation, and employment all have serious effects on the health and well-being of families. Based on the survey results, we trust TETO to facilitate the process in identifying and reaching out to the most vulnerable families first.

Much of the work that TETO Brasil does, including the survey, would not be possible without an influential community leader by the name of Maria Luiza Ferreira. Also dearly known as Big Mama (Mãezona), she is a respected leader in the community of Guaranys and beyond. 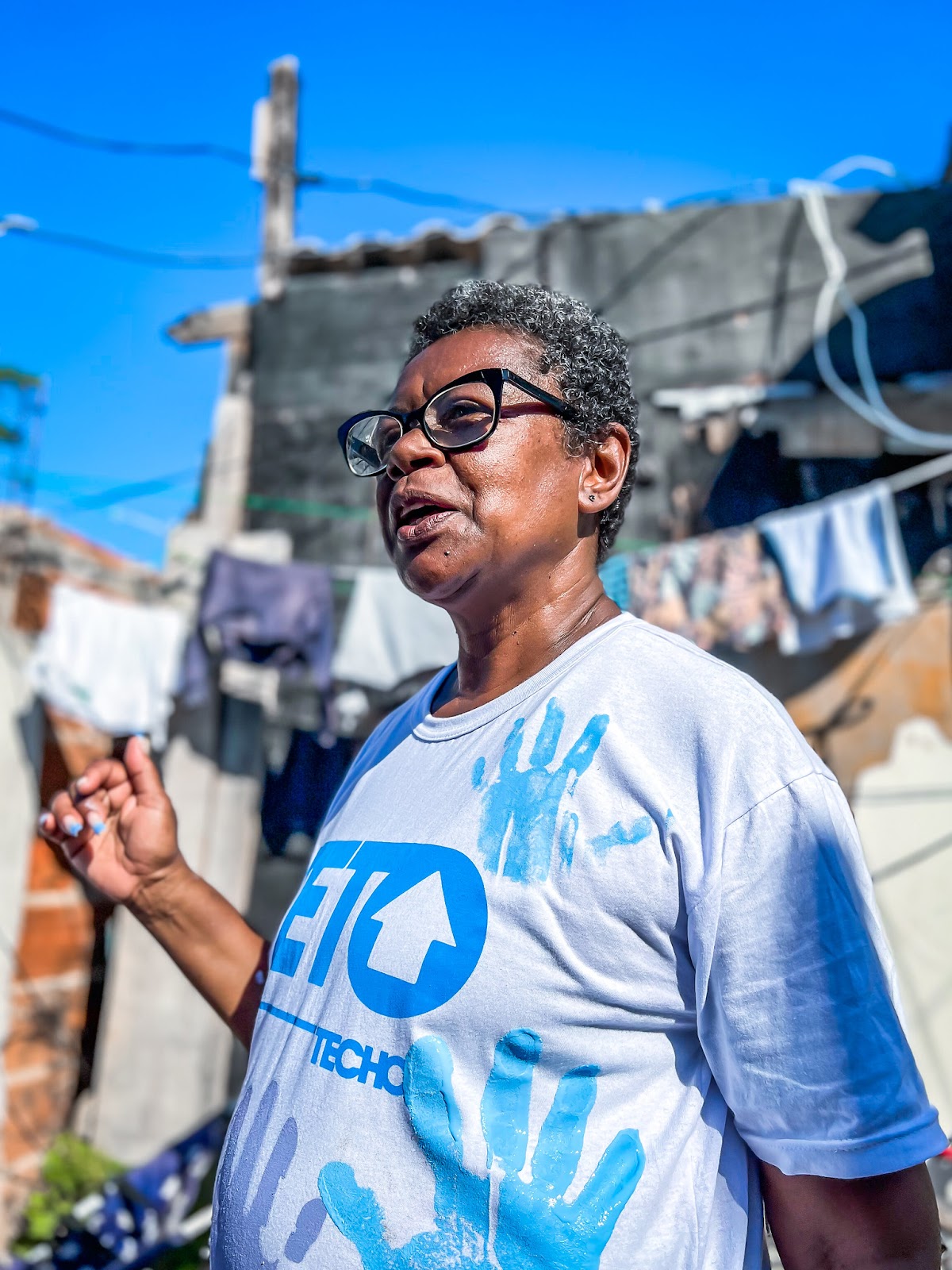 At 61 years old, Maria Luiza is well acquainted with the culture and customs of the Guaranys community. As such, the people of Guaranys trust her to advocate for their well-being and fight for their rights. Big Mama is an instrumental figure and liaison in the Guaranys project.

Our plan in building the Community Centre is to establish the heart of the community –– a central place for families to come together.

Longer term, we hope to continue to fund more homes with the goal of ultimately restoring the entire community of Guaranys by providing families with safe, sturdy homes. Alongside building the homes, TETO Brasil will continue to work side by side with residents to mobilize more people to work on projects to upgrade the infrastructure of Guaranys.

It is through these long-term plans that World Housing strives to empower this neglected and underfunded community and provide hope for a better future for its youth.

Looking into the Future

Looking forward, World Housing is organizing a Building Trip to Guaranys in the late spring, early summer 2023. The opportunity to participate on this trip and contribute to the project will be available for those who have donated to the project (minimum $2500 donation). This trip may interest individuals who wish to travel to the community and actively participate in a build, and more importantly, expand their horizons and get to know the residents who work daily to build a better community for all.

The cost of a home is $15,000, and to house one person the cost is $3,000. To learn more about how you can get involved in funding this project or donate to help provide a home for a family in Guaranys, click here.

A Safe House for the Girls and Young Women of Lusaka, Zambia